Throughout his 55 years of life, Steve Jobs received dozens of accusations of fraud, plagiarism and labour exploitation. In contrast, in 2012 he was chosen by Fortune Magazine as the most significant entrepreneur of the modern era thanks to his contributions to the business world … Was Steve Jobs a genius or just someone who made money taking advantage of the talent of others?

Steve Jobs and his life as an entrepreneur have been the subject of multiple discussions throughout the world. On the one hand, some admire him and are inspired by his legacy; but, on the other hand, some condemn him for having resorted to questionable practices to achieve many of the objectives that were proposed.

And, although it is true that many of the significant innovations developed by his company were not entirely conceived or created by him, Jobs was a visionary and was responsible for directing all projects, providing ideas and setting a clear goal for those who would be accountable for the execution.

How Steve Jobs changed the world

Next, we will make a retrospective in the life of this great entrepreneur, to analyse the critical moments in which Steve Jobs’ vision ended up materialising a concept that managed to change the world. 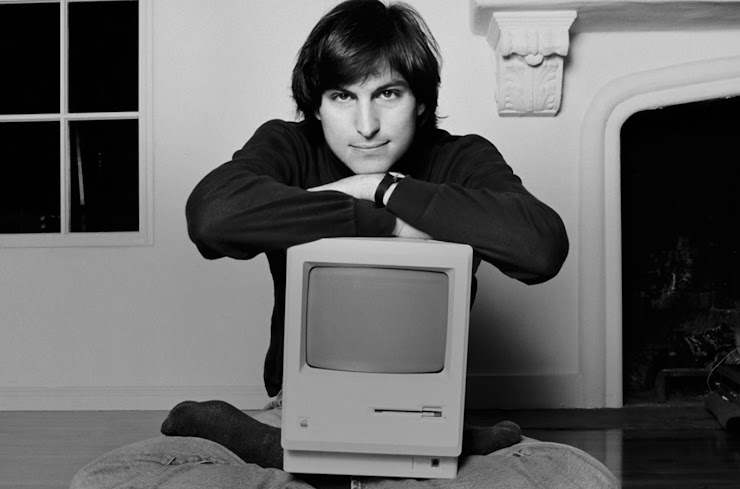 1. The start of personal computers

Before Apple, computers were the size of a room and only specialised personnel could handle them. Steve Jobs understood that bringing them closer to the common people; he could completely redefine the way we worked, allowing us to be more efficient and productive. With this purpose in mind, he joined Steve Wozniak, who was working on developing one of the first personal computers in history, which was launched in the year 1976 under the name Apple I. This computer had a microprocessor, which made it much more powerful and versatile than its competitors, which used transistors. A year later, they would launch the Apple II to the market, the first microcomputer produced on a large scale.

But Steve’s vision of revolutionising the world with personal computing did not stop there. In 1983 Apple Lisa would see the light, the second computer with a graphical interface and that also included a mouse.

Jobs is continuously pointed out for stealing the idea of ​​this innovation from Xerox, who had previously invited him to meet a project with similar components. However, his strategy was not to directly copy the project, but to hire former members of the Xerox team to work on the development of the Apple Lisa.

Later, in 1984, the Apple Macintosh would go on the market, which had a great reception from the public for its price and features, which were an evolution of the previous computer designed by Apple.

The world was no longer the same. Steve Jobs, Steve Wozniak and Apple had been in charge of starting the personal computer revolution.

Also Read: 7 Valid Reasons To Quit Your Job And Become An Entrepreneur

In 1985, due to a series of bad administrative decisions, Apple’s board of directors decided to fire Steve Jobs from the company he founded. With a capital of $5 Million, he acquired a company belonging to LucasFilms, which was dedicated to the production of special computer effects of Star Wars movies.

This is how Pixar was born, which, although today is one of the benchmarks in terms of animation cinema, at that time, was dedicated to the sale of high-end computer hardware. His main client was Disney Studios, who acquired the Pixar Image Computer to accelerate the colouring process in their 2D animations.

It was Jhon Lasseter, one of the company’s employees, who developed a series of animations to show the power of the computer that Pixar sold. Jobs, seeing the potential of computer animation, launched the 1990 hardware division of Pixar.

Later it would close a negotiation with Disney Studios for $26 million to produce three animated films. This is how “Toy Story” was born, the first 3D animated feature film, a film that would change the world of cinema. Although Jobs did not participate in such production, he did have the vision to do without the Pixar Hardware department and focus only on animation.

In 2006, Disney Studios acquired Pixar for more than $ 7 billion, making Jobs the largest individual shareholder of Walt Disney Studios, with 7% of the company’s shares.

The entertainment industry had started a new era with computer animations as protagonists thanks to the vision of Steve Jobs.

3. The era of digital music

In 2000, the music industry had been impacted because Napster facilitated the dissemination of music files in digital formats; however, the Apple company computers did not have any program that could play mp3 files. Steve, who had returned to the company to rerun it, decided to acquire the rights to the SoundJam software from some young developers.

The program, which was developed for Mac Os, was improved and renamed to become iTunes. The platform was launched in 2001 and was compatible with all the company’s computers. The most common use given by its users was to manage music files in their portable music players.

Jobs, realising that iTunes was not very compatible with these devices, decided that Apple should create its portable MP3 player. Together with one of his engineers, he made a trip to Japan and acquired the materials for the creation of the iPod. Subsequently, he left the leadership of the project to Tony Fadell, although he would also contribute ideas for the nature of the device.

The iPod became a cultural trend among young people. It represented a lifestyle and an identity; It was something exclusive for cool people and the million-dollar sales of the product ratified it.

While scaling iPod sales, Steve decided to focus his efforts on the digital music industry. Record companies were looking for a way to distribute their songs digitally. Jobs had the idea of ​​creating a virtual store to market songs in MP3 format for $1 and that these were quickly transferred to the more than 1 million iPods sold until then. He began negotiating with record companies to convince them of the potential of this new business model, and, although it was not an easy task, he managed to sign an agreement with the five most prominent record labels of the time.

Thus, in 2003, the iTunes Store was launched with more than 200 thousand songs available. Five days after its release, Apple sold more than 1 million songs. The business model was a success and completely changed the way music was sold until that time.

With the advent of mobile data networks, Jobs thought of integrating them into the next iPod model, a device that was a total success in sales and had evolved to have a touch screen, the ability to play video and run games. That’s how the iPhone was born, a project that Steve left again in the hands of Tony Fadell.

The concept of the phone, which had a wheel as the first iPods, began to develop until reaching an internal debate in the company about whether the device should have a touch screen or use a keyboard, how the famous Blackberry cell phones, They were very popular at that time. But Jobs, obsessed with the idea that he had a touch screen to provide better user experience, took extreme measures, threatened to fire employees who were in favour of the keyboard; Thus, its concept ended in the final design.

In 2007, the iPhone was released, which would mark a revolution in the development of SmartPhones. It sold 6 million units in just one year of manufacturing. Today, this peculiar invention allows many people to have phones with the power of the computer in their pockets, from which they can surf the Internet, communicate and use applications of all kinds.

Seeing the great reception of the iPhone, Steve Jobs thought that its users might need more tools for the daily use of the device; thus the idea of ​​a virtual store was born where any developer could publish and sell their applications for iPhone or iPod Touch devices.

In 2008, the AppStore was launched, which had a catalogue of 500 third-party applications, of which 128 were free. The first weekend there were more than 10 million downloads of applications from the store, opening the way to a new business model that today moves billions of dollars around the world.

Steve Jobs and Apple had redefined the smartphone and mobile application industry.

Before working on the iPhone, Steve Jobs had come up with the idea of ​​an intelligent device that had the functionalities of the iPod Touch, but with a larger screen and with higher hardware capacity so that users could surf the Internet and read books or newspapers with ease. However, this idea was in the background when the work of the iPhone began and after the great reception of it in the market, so it would take three years to develop the concept. In 2011 Jobs makes the official presentation of the iPad, a device that had the capabilities of a laptop and the accessibility of an iPhone. This would reaffirm the pillars of mobile and simple computing, which had sat the iPhone. In 3 months, more than 3 million units were sold.

The device was a complete success and marked a before and after in the way in which people access the Internet, which forced websites to adapt their pages to mobile devices, in addition to revolutionising sectors such as education, bringing the Internet to people who had never had access to technology.

At this time it may seem normal for you to watch this video from your Tablet or Mobile, but this would not be possible without the great legacy of man-driven mobile computing who thought that bringing the computer closer to the ordinary people, it could change our lives by allowing us to be more efficient and productive.

As we can see, despite not being the material inventor, without a doubt, Jobs was a genius who guided ideas to turn them into revolutionary products and concepts. His talent was not in creating technology, but in understanding people and offering them products that exceeded their expectations. His obsession with design and user experience redefined the rules of the game in various industries, marking trends that last to this day.

Do you think Steve Jobs was an idea thief or was he a pure revolutionary genius? Let us know your opinion in the comments.

10 Reasons To Start A Blogging Business In Nigeria?

Join Our Community Of Entrepreneurs